HiveX Prototype Ends its Collection of Riverine Waste on the Bacchiglione 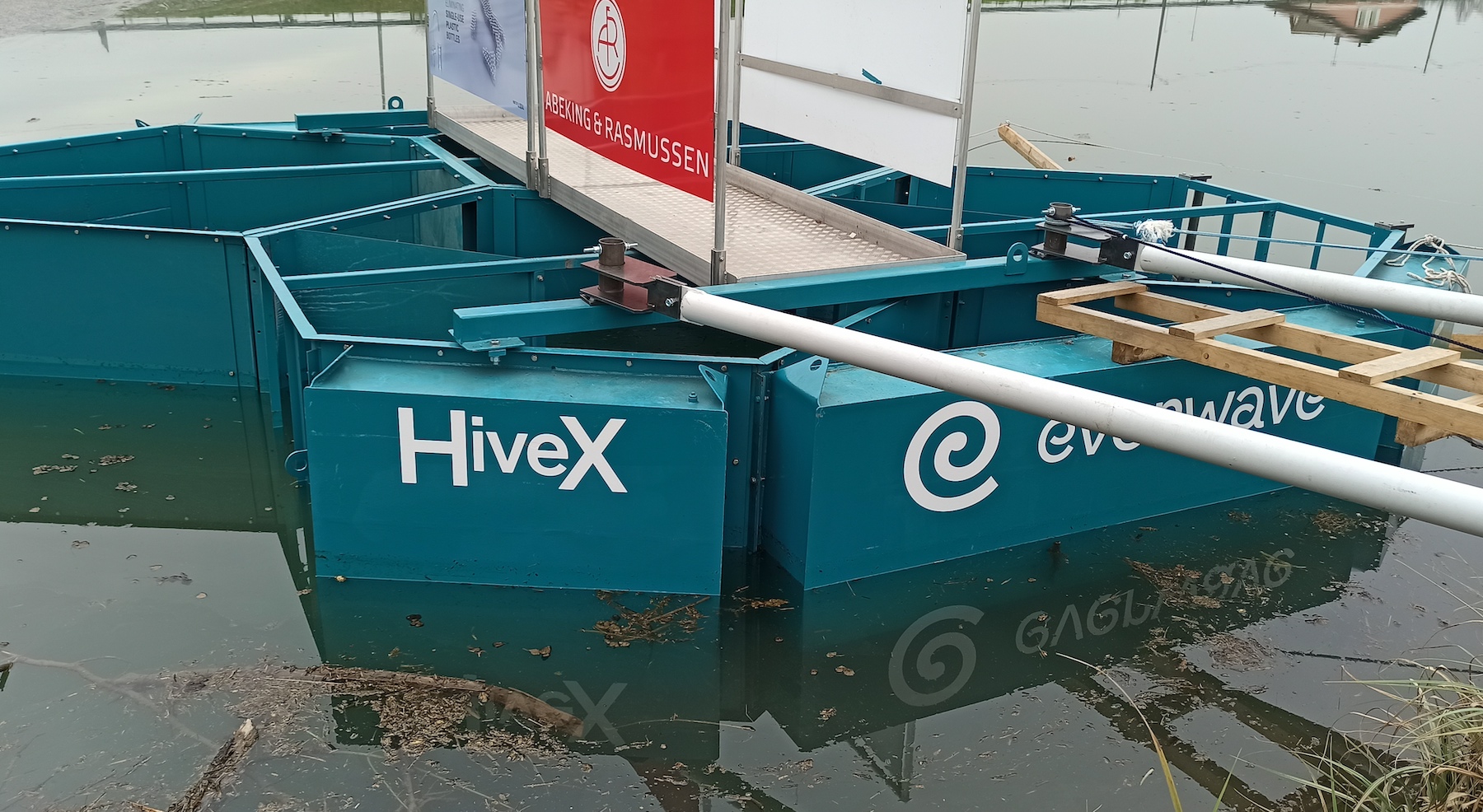 On 19th March 2022, our team travelled to Padua to meet with German start-up Everwave, who work on the research and implementation of plastic waste solutions in aquatic ecosystems.

Everwave – with the support of GROHE and shipyard Abeking & Rasmussen – have developed and proposed to the Council of Padua a stationary experimental platform prototype named HiveX, which collects riverine waste. This prototype represents an attempt at finding a solution to the ever-growing problem of waste travelling from the river to the sea.

The HiveX prototype in detail

The HiveX prototype was designed by Everwave with a passive internal structure with zero impact on the surrounding ecosystems and no carbon emissions. The prototype is able to take advantage of the river currents to capture passing riverine waste.

The site where HiveX has been positioned is ideal, thanks to the hard work of the local administration, the Genio Civile in Padua, and Everwave’s technicians, who identified the Bacchiglione river as the perfect testing site – particularly, the Voltabarozzo hydroelectic centre. The river finishes at the southernmost point of Venice Lagoon.

VLPF communicated with the local administration during all testing phases, from the acquisition of relevant permits to the final report. We collaborated with Legambiente Padua to identify and collect the waste using the marine litter monitoring app developed as part of H2020 project MAELSTROM.

The HiveX prototype was installed in March, and the testing phase lasted 3 and a half months.

After a ten-week testing period, the HiveX prototype collected a total of almost 150 litres of riverine waste. Most of the litter gathered were macroplastics, with the highest volume being polystyrene fragments between 2.5 and 50 centimetres. A large number of plastic bottles and drinks containers were also collected in a range of sizes, as well as plastic bottles and containers for detergents and cosmetics. Also collected were Tetrapak drinks cartons, plastic toys, rubber balls, bottle caps, and much more.

All data collected was then shared with the administrstion of the Council of Padua.

Follow our social channels to stay up-to-date with our latest findings and events!

bacchiglione everwave hivex plastic pollution plastic waste riverine waste waste collection
We use cookies on our website to give you the most relevant experience by remembering your preferences and repeat visits. By clicking “Accept”, you consent to the use of ALL the cookies.
Cookie settingsACCEPT
Manage consent